After our exciting trip to Italy we thought it would be wise to spend a few days in Marseille. There is plenty to see in this city and I wanted to share with Hayley the place I have been living for quite a while. Monday night we got back and had her birthday dinner but quickly afterwards went to sleep! And boy did we sleep! On Tuesday I had a meeting at school that I wanted to attend so I brought Hayley with me, we got to the lab and I showed her around a bit and introduced her to my collegues. The meeting lasted almost 2 hours!! Then we left for home and ate some dinner later in the evening. We were invited out for that evening, unfortunately it began to rain! We had an awful time trying to get downtown! The last regular bus had apparently come early, because after rushing to get ready and running to the bus stop, it didn’t come. I couldn’t decide what to do…we ended up getting a night bus to take us to la plage, where I thought there would be taxis…there weren’t. While we were unhappily somewhat drenched we called a cab…after seeing a random bus 19 pass us…this would have taken us to the metro… 😦 bad luck all around. Though I was ready to throw in the towel and just go home Hayley was still ready to go out, so we did. Taxi ride into cours julien and we drank wine, and waited for my friends…who showed up much later…so we drank, much more than we meant to. But had a nice time talking to my collegues and friends. Then, another successful call to the taxi company got us safely home. And we slept, again. 🙂

Wednesday we had appointments at the hammam! It was awesome … lots of sweating and then a scrub down exfoliation. It was nice to share the relaxing time with each other…plus, we were the only ones there so we used the awesome acoustics to sing. who knows who could hear us, we didn’t care! We then walked around Marseille a bit and had some tea and coffee, found our way back home and cooked dinner (to save some dollaz). The next day was Paris, we needed to rest up!

Thursday came around quickly and we got up and repacked our bags, had lunch and got to the train station with plenty of time to spare. The train to Paris from Marseille is always easy and quite enjoyable, especially if you wanna take a nap 🙂 The turn around once in Paris needed to be quick … we needed to find our airbnb in the 4th, change our clothes and get pretty then get to the concert within about 1.5 hours. We did it! Memory from that: impossible to find an ATM when you need one. If you happen to go to a concert at Le Trianon realize it may be difficult to find an ATM but that they take cards for drinks inside 🙂 now we know…we bought crappy croque monseuirs at a street vendor and then rushed into probably the most AMAZING concert I have ever been to in my life. THE LUMINEERS rocked my socks! They sounded wonderful and were truly genuine musicians. They seemed humbled by the sold out, packed venue and gave us a fantastic show! I cannot wait for them to out another CD! If you haven’t heard them yet, DO IT!

Then we attempted to go dancing … this was more difficult than I expected it to be on a Thursday night with the following in mind: we didn’t want to spend a ton, we didn’t want to go too far away from our airbnb…long story short we found a few bars, ending up at this weird “Australian bar”, I think the only thing that made it Australian were the boomerangs on the wall. But we first met these two dudes, one from Boston and one from Australia … he verified that it wasn’t legit. Then some French/American/English students … one named Thibault. He said to Hayley, my name is Thibault, like in Romeo and Juliet. Hayley says, “in that case, you’d be dead”. He wasn’t sure how to respond … they were interesting. Enough said for now. We got back to our place around 4 or 5am and the next morning when we were leaving our airbnb to go to the train station our landlord says “you guys got in late, what did you do?”. We felt bad, like perhaps we were louder than we thought … which is definitely the case, but he left us a positive review on airbnb so whatevs.

We got to Gare de l’est in plenty of time for our train to Strasbourg … and so the journey continues! Little sleep, lots of caffine and plentiful memoires — more soon! 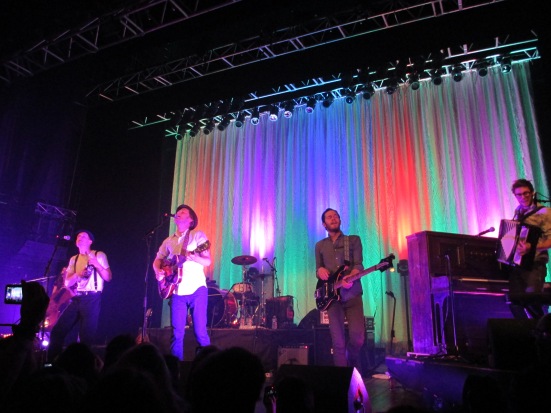 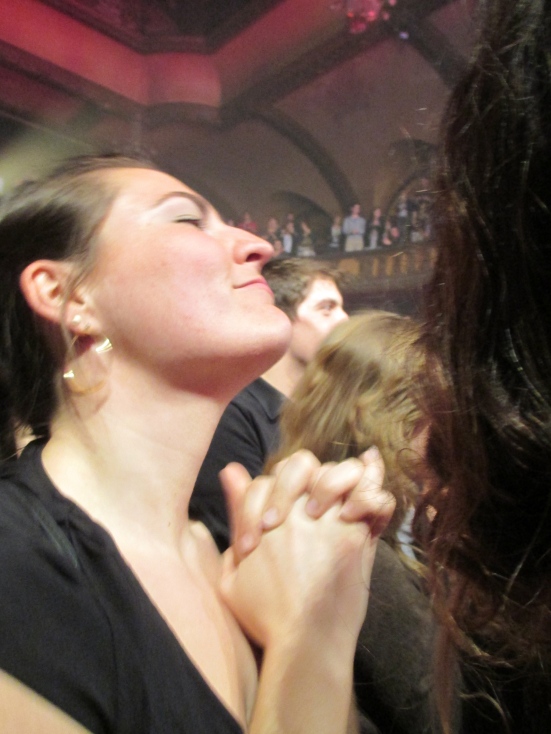